Apple and other mobile phone companies have been pushing how good the cameras in their phones have become for a while now, and certainly because most people have their phone with them a lot more often than they have a camera, people are taking many more pictures on mobile phones. However have the cameras on phones now got so good that you really don’t need a separate camera?

Certainly they’re not as good as a digital SLR, but could they replace a digital compact camera?

Until now, despite having had a mobile phone capable of taking pictures if I’ve been going on holiday I’ve always taken a separate camera. Over the years the pictures from the phones have been getting steadily better, but they were still noticeably better from the camera than the phone. However that has changed with my most recent upgrade to an iPhone 6 Plus where I have been regularly impressed by the quality of the pictures even in situations where previous phone cameras have struggled. So this year, as an experiment when we went on holiday I left my digital camera, currently a Panasonic Lumix DMC-TZ10, at home. You can take a look at the album of pictures we took on Flickr by clicking on the image below. The album contains pictures from two phones, my iPhone 6 Plus, and also pictures from the iPhone 6 used by my wife. 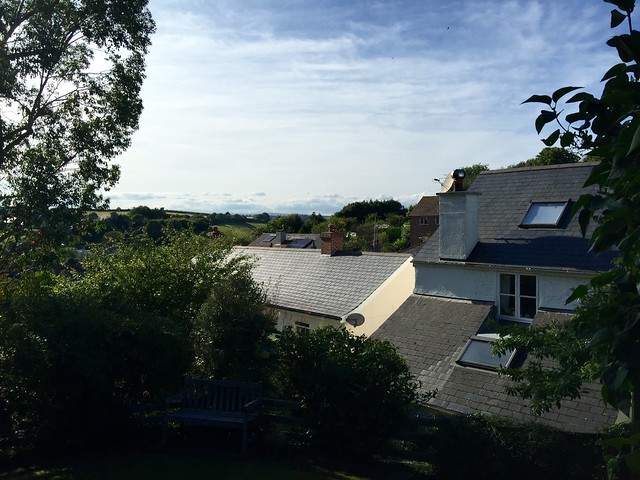 Certainly they are a pretty good set of pictures, including some that my regular camera just wouldn’t be able to produce such as the panoramic shots. However there are some shots that the Panasonic would have made a better job of – anything that is zoomed for example as the Panasonic has an optical zoom whereas the phones are zooming digitally. A good example is this picture of a train arriving that used the digital zoom on the iPhone 6.

There are also some practical issues, a big one being battery life. A digital camera can quite happily run on a single set of batteries for significantly longer than a multi-purpose device like a phone, indeed on the holiday there was one occasion where the iPhone 6 couldn’t be used because the battery was getting too low. Getting an emergency charge battery like this Anker unit can help if you get caught short on battery, but it would still be better not to have to worry. One big practical issue is that it is one less device to have to carry – more and more the smartphone is becoming a single multi-purpose device replacing still camera, video camera, sat-nav, handheld games console, and even the holiday paperback.

Ultimately though as phone cameras continue to improve, the market for the digital compact camera is going to continue to diminish, especially as the other advantages of photography on a phone such as being able to easily edit and share those pictures straight from the device are taken into account. With services such as Google Photos, Flickr or Apple iCloud Photo Library allowing you to synchronise and share edits, the days of taking pictures on a separate camera and importing them to a computer via USB cable or a card reader will increasingly be in the past 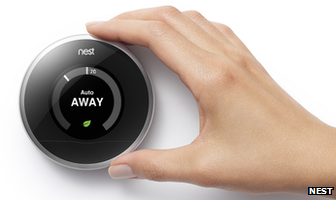 This is an interesting article from the BBC about what Tony Fadell, the person widely credited as the Father of the iPod is doing now – starting again with a great little intelligent thermostat that learns patterns of how you control the temperature.

However whilst Nest is interesting, the article is more interesting for his comments about Scott Forstall who was recently ousted from Apple, and who had a rather bumpy relationship with Fadell to put it mildly…

So what does he make of the news that Mr Forstall lost his post in October after reports of rifts with other executives and a refusal to apologise for the release of a flawed Maps app.

“Scott got what he deserved,” Mr Fadell told the BBC.

When pressed, he adds: “I think what happened just a few weeks back was deserved and justified and it happened.”

So where does that leave Apple

and the shares he still holds in it?

“If you read some of the reports, people were cheering in Cupertino when that event happened,” he answers, referring to Apple headquarters in California.

“So, I think Apple is in a great space, it has great products and there are amazing people at the company, and those people actually have a chance to have a firm footing now and continue the legacy Steve [Jobs] left.”

Before the iPhone, before the iPad, Apple had a first foray into the mobile device market, and it didn’t go all that well…

Great article by Harry McCracken reviewing the original Apple Newton Message Pad. Whilst the product may be considered a failure, the technology and trends it started can be tracked directly to devices and software we use today.

A great quote here from Guardian columnist Charles Arthur about where he thinks RIM, maker of the ubiquitous Blackberry is heading:

Heres what I think: RIM is heading for the breakers yard, as surely as a ship that has reached the end of its life. Within the next 18 months or so, the company is going to be broken up for its useful parts – BlackBerry Messaging, the BlackBerry Enterprise Server, its customers. The gravity that is sucking it downwards is now inescapable; to switch metaphors, its a spaceship trying to get out of a black hole, but it hasnt got Scotty aboard.

via RIM is a ship heading for the rocks of a breakup | Technology | guardian.co.uk.

I pretty much agree with his assessment, much like Nokia, RIM failed to see the threat from the Apple iPhone, and then the Google Android phones that followed it, and whilst Blackberry handsets did seem to end up as the cool handset to own for a little bit, they are now struggling to compete in a changed market, much as Nokia is doing. The difference with Nokia however is that RIM have the double whammy of the PlayBook their failed foray into the tablet market created by the launch of the Apple iPad, where quite apart from releasing an incomplete product lacking basic functionality, they also failed to understand what end users wanted. I’m quite sure elements of the Blackberry will survive, but I doubt RIM will exist in it’s current form for very much longer.

I guess I was an early adopter of satellite navigation. Over ten years ago I had a navigation package from TomTom (or Palmtop as they were then called) installed on my Psion 5mx and through a complicated series of cables hooked it up to a Garmin eTrex and powered the whole thing in the car. It wasn’t bad, but it was a bit clunky, had no voice instructions, took an age to recalculate if you went off route, and had a number of mapping errors – Micheldever Station was marked on a railway bridge half a mile from the station for example.

From there I progressed onto stand alone units, sticking with Garmin as my handheld GPS units were Garmin’s and could share desktop software and maps. Currently I’m running a Garmin Nuvi with full maps of both Europe and North America and an FM traffic receiver, and that has served us fine.

Last week it turned out that both Beth and myself needed the satnav as both of us were going to be going to unfamiliar places. Obviously we didn’t need a second satnav, but since my iPhone has a nice little GPS on it I thought I’d take a look at the options. Conveniently PCPro have just done a group test of satnav applications, and TomTom came out top of the pile. Since one of my biggest bugbears with the Garmin Nuvi is the fact that the FM traffic often reports traffic jams when it’s too late to avoid them and I’d heard good things about the TomTom Live Traffic service I thought I’d go for the TomTom application despite it being one of the premium priced satnav products in the app store.

First off, it is a nice little app, slightly confusing to navigate around until you get used to it, but fine on the road. The Live Traffic service is impressive, and indicated traffic pretty consistently, and the routing based on actual road speeds certainly allowed it to pick routes which matched much more closely with short cuts I knew about rather than the more obvious routes the Garmin would take.

However there is a really big problem, even ten years later, there are still problems with the TomTom maps. Whilst Micheldever Station is now in the right place, other things aren’t. For example a local petrol station whilst close to the right spot is the wrong side of a road junction, speed limits are wrong, and whereas my Garmin will guide me right to my front door, even saying on which side of the street it is the TomTom app can only manage to get me to the street.

There are more serious problems too. We live adjacent to a military base, and whilst there are roads that go across, they are closed with security guards on the gates – the TomTom map doesn’t reflect this. The map is also just plain wrong in places, a major example being around the Atrium in Camberley.

Below are three screenshots from my iPhone. The left hand one is from the Maps application showing an up to date satellite picture of Southern Road down the side of the Atrium. The second shot is from TomTom, the only app of the three that costs any money. The third is from Waze, the community navigation app that is a free download.

Looking at it you’ll see that the TomTom version is very inaccurate. It incorrectly shows Southern Road running all the way to Southwell Park Road, and running all the way to the A30 at the other end – it doesn’t. Instead it is blocked at both ends with an access road a short way down. There is also an entire roundabout missing which in the TomTom version is replaced by a pair of junctions. Whilst the Atrium is pretty new, it’s been built for a number of years, and the road layout TomTom has doesn’t bear much relation to what is there now, nor to what was removed when the Atrium was built. The third screen shot shows the layout according to Waze which is correct, and the layout is also correct on my Garmin Nuvi.

It is fair to say I’m not impressed. TomTom, much like Waze has the ability to report map errors, but with Waze I’m not paying a premium price. Garmin have up to date maps, is it too much to expect that TomTom could do the same? Suffice to say my experience with TomTom is not going to have me switching. Whilst I am impressed with the Live Traffic it is pretty fundamental to have accurate maps, having found a number of errors locally where I know the area, how can I have the confidence travelling in a strange area that the TomTom is correct?