One of my very early posts that still gets regular traffic is this post on the problems of getting good topographic data for the UK for a Garmin GPS. Back then whilst you could get hold of a topographic mapping for the United States, in the UK it was very difficult.

Subsequently Garmin released their Garmin TOPO Great Britain product which whilst it was an improvement still isn’t great, and is eye-wateringly expensive – the whole of the UK retails for £150. There are several problems with it, firstly if you come from having used a regular Ordnance Survey map there is a distinct lack of detail, and also in a number of places due to copyright issues paths are missing. Garmin themselves alude to this on their website when they say “includes many tracks and paths”.

Following on from that, and with the more powerful processors and colour screens in more modern GPS units Garmin have now added their GB Discoverer product. This contains the 1:50,000 Ordnance Survey mapping for the whole of the UK, but again it’s expensive – retail is £200 – although it is included in a number of special packs with various GPS units so you can save quite a bit by buying the maps at the same time as upgrading your GPS unit. The 1:25,000 mapping is available for download in 600sq-km chunks at £20 each – so you’re looking at over £8000 for the whole of the UK. The OS mappings are also not without their issues, chief among them is that they are raster based maps rather than vector based. Essentially the maps are high quality scans of the paper maps so zooming is limited as the maps are pretty well useless if you zoom in too far for a particular map, or if you zoom out too much.

The following screenshots taken from my Garmin GPSMap 62S show some of the issues.

The first two pictures are of the junction of Nine Mile Ride and Lower Wokingham Road between Finchampstead and Crowthorne. You can see the difference in detail between the 1:50,000 and 1:25,000 mapping at the 500m scale, however look what happens when I zoom in to 50m. On the 1:50,000 you can see the jagged edges caused by zooming in too much, the 1:25,000 is better detail wise, but there are still zooming issues apparent.

Now take a look at these two shots, again from my Garmin GPSMap 62S.

There isn’t quite as much detail in places, certainly not compared to the 1:25,000, but there isn’t the zooming issue. If I also say that this map is absolutely free to install onto your Garmin GPS, it starts to get more interesting.

The map is using data from the Open Street Map project, started in 2004 by Steve Coast as a result of frustation at the vast amount of data Ordnance Survey in the UK kept locked away. You can take a look at the full map at OpenStreetMap.org. Whilst the coverage varies, in general after a decade of work the coverage is now pretty good across the whole of the UK. It takes a bit of work to get it to a usable form for a Garmin GPS, but again that is freely available from the site of talkytoaster, a UK Geocacher.

There are other advantages. I’ve had the Garmin GB Discoverer in my GPS for a number of years now, bought when I upgraded my GPS. Whilst the road maps in my regular Garmin Satnav are upgraded quarterly, the Ordnance Survey mapping has never been updated. Whilst mountains don’t move, new housing estates are built, roads change route and new roads are built, so steadily the sizeable investment people have made in maps goes out of date.

It’s different with the Open Street Map project. The UK mapping from talkytoaster is updated every two weeks, again for free. Another example:

All of the shots are of junction 11 of the M4. You’ll see that the 1:50,000 and the 1:25,000 aside from the resolution differences show the same layout of the roundabout. As anybody who lives around Reading will tell you over the past few years there have been significant changes in the layout of this junction, changes which aren’t reflected in either of the OS mappings. However the layout from the Open Street Map data is different, as you can see from the third shot, and in the fourth I’ve overlaid the OS 1:25,000 with the Open Street Map data to show the difference.

So in summary your options for a UK Topographic Mapping for a Garmin are to go with the official options – £150 for a not great vector based topographic mapping or £200 or over £8000 for detailed raster based mapping that doesn’t get updated, or a free vector based mapping that is updated every two weeks… If you need the detail then that might sway you towards the OS mapping, but for the older GPS units that don’t support raster based maps it’s not really too hard a decision really…

on Scoop.it – News and Current Affairs 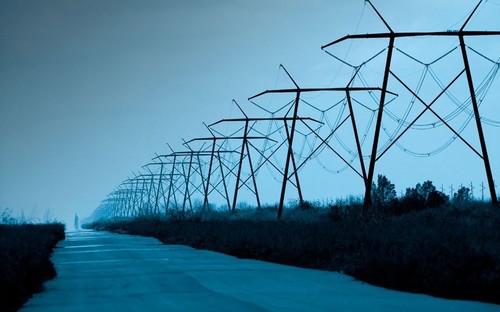 Are you looking for somewhere different to spend some time? How about this selection of niche attractions, from a lawnmower museum to a tour of the south coast’s top sewage works.
See on www.telegraph.co.uk

This article is about how the current flare up in Gaza has been presented in the US media, but equally the UK media doesn’t challenge key parts of the narrative presented by Israel – all of these five points could apply to UK

So if you’ve ever wondered what it’s like flying in formation, wonder no more – the MoD has released video taken in several of the planes involved in the flypast at the end of the Queen’s Diamond Jubilee celebrations: BBC News – Pilot’s view during Jubilee flypast of Buckingham Palace. Back before Christmas, myself and my brother were looking for a present to get our Dad, very much of a train buff. The suggestion of a driver footplate experience had come up so we started to look around.

Looking at the various preserved railways you’re looking at quite a lot of money – for example the Watercress Line charges £250 for a three hour introductory footplate experience that lasts three hours and is shared with two others. Then my brother took a look at the Pecorama experience. Although it’s on their miniature steam railway, it’s a 1:1 course, is seven hours, but is still cheaper than a full size engine. Given that we used to make an almost religious pilgrimage to Peco every year when we were in Devon, we thought we’d go for that.

It proved to be an excellent choice. We went down for the first week in May, coincidentally when my Dad’s birthday falls, and the driver experience course was booked on the Wednesday. At 9:30am Dad turned up for his briefing, when he was taken around the track, talked through the signals and line procedures. He was then taken by the instructor up to get the engine ready – this is right from cold with all the preparation. By lunchtime they were going through the basics of how to drive, and by the end of the day Dad was able to drive the train with a set of coaches around the whole route that the professional drivers use.

The staff at Peco were excellent and really friendly. We took the children down, who had a fantastic time in the exhibition, but once Dad had progressed to hauling coaches they allowed us all to ride the line with him driving – great fun riding on Grandpa’s train! Certainly if you’re looking for a driving experience course I can certainly recommend the Peco experience, the locomotives are miniature steam engines, and operate in exactly the same way as a full size locomotive, and you’ll see the whole process right from starting the locomotive in the morning through to putting it to bed at the end of the day.

I had my little video camera with me, and I’ve got two videos. The first is just Dad’s final circuit and taking the locomotive back to the depot – something you wouldn’t normally see. The other video is rather longer, and is effectively all the footage I took edited together as a memento of the day for Dad. It includes several runs around the line, one with the professional driver, the rest with Dad driving, plus various other bits with Dad learning to drive, and travelling around the line in several variations you wouldn’t usually see. Be warned, there is ninety minutes of it!