The Simpsons Movie publicity brings you another way to Simpsonise yourself – this time all it needs is a picture! Thanks to the Bishop of Buckingham for this one. 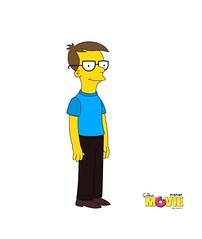 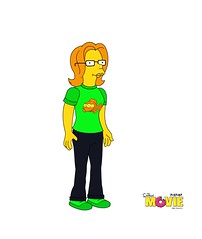 The web site does seem to be starting to creak under the strain – particularly the script that produces the pictures to save, but I eventually managed to download this picture of my Simpsons Avatar.

Actually, this is take two – take one I managed to get the hair wrong – a mirror image not surprisingly!

If you want to do your own, head over to the Simpsons Movie Website and the avatar creation is available at the top of the main screen, with the option to create multiple characters if you’re feeling creative. Apparently the characters will pop up elsewhere on the site once they’ve been created too.

Update: Beth has done one too…

Update 2: Howard has posted Simpsonised versions of himself and Lindsay.