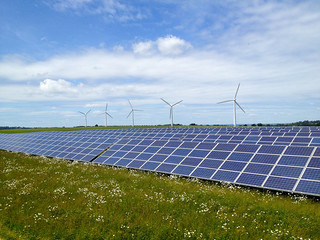 I spent the day along with several hundred other people in a field in rural Oxfordshire, a few miles outside Swindon. It wasn’t just any old field though, it belongs to Adam Twine of Westmill Farm, and contains thirty acres of Solar Panels. The Westmill Solar Park is thought to be the largest community owned solar project anywhere in the world, and I’m one of the over 1600 local investors who put forward money to allow the park to be built, and I am now part of the cooperative that will run the park for at least the next twenty-four years. You can read more about the park on their website.

I came across the share offer quite by chance online last year, and having previously looked at whether we could have solar panels on the roof here and been told that the house was facing slightly the wrong way, joining the small investors putting money into the Westmill project seemed like a good alternative. Although some investors put in thousands of pounds, my investment was a much more modest £250. However like all the investors, big or small I was invited along today for the annual general meeting, and to actually see the park that we owned. Alongside the formal business of the day, we also heard from Peter Harper one of the founders of the Center for Alternative Technology in Wales who was the keynote speaker.

So the good news was that despite the government messing with the feed-in tariffs on which the financial viability of the project depended, the park had got up and running in time to qualify. It was also generating more energy than had originally been predicted. All in all it seemed very positive.

Moving on to the keynote, Peter was a very interesting speaker. He spoke about his technique for looking at renewable technology – he speaks to his granddaughters great-granddaughter! Essentially what he does is role play someone living in the 22nd century and looking back at what we’re doing now. As he said, he doesn’t know what kind of world this person may be living in, it could be very much like our own, but with subtle changes to eliminate dependance on carbon, alternatively it could be a world where mankind has failed to address climate change, and people who are living with a climate that is out of control. As he said, we are blessed to have lived in a golden age of a relatively stable, temperate climate following the last ice age, but that may be coming to an end, and things we do today may accelerate the end of that period, or control it. 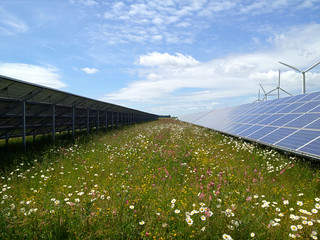 He made some interesting comments about a number of the controversial generation methods, for all of them he said that people of the future will largely not care how they got to the current position, in much the same way as we don’t spend much time considering how we got to where we are today. So for example if we choose to use nuclear energy to lower the amount of carbon we use, then that would not be overly important to the average person a century from now. He also agreed that wind turbines are an eyesore, but again he said you should consider how you explain to your descendant why you prioritised your view over the long term damaging effects of continuing to burn carbon to generate electricity. Another point he made is whilst nuclear and clean coal may seem like good ways out, they are effectively storing up problems for our descendants – essentially we’re taking the benefit, but leaving future generations to work out what to do with the results. However if you look at a wind turbine or solar power array, whilst they may be an eyesore, they can relatively easily be removed in the future, and once the turbine is gone, or the frame holding the panels is gone, there is very little left for our descendants to clear up. With so many forms of energy these days we take a short term view, it is the economic effect now, not the economic effect of it in the future that is considered. The people of the future do not have a voice in our discussions, but in some ways they are perhaps the most important voice that should be heard.

He also said that in some ways he regards turbines being an eyesore as being positive. Being visible, local generation such as wind turbines are important because they are a visible reminder to people to consider how they use energy.

For the vast majority of people we use electricity, but we can’t see where it comes from. In most countries power is generated in large generating stations that are sometimes many miles away from where the energy is used, that energy is then transported (with some of that energy being lost along the way) to where it is needed. With local generation, if much of your energy is coming from a wind turbine or other power plant you can see, and when you’re running out of power you know you need another one of those eyesores to be built it then comes down to a question about us – are we willing to trade another of these eyesores for being able to use more power, or do we try to use less power instead? With the warning of approaching blackouts as the effects of not replacing decommissioned power plants become reality, this is becoming much more of a question we need to be asking.

The ongoing fallout from the prank call a couple of Australian DJ’s made to the King Edward VII hospital at 5:30am on Tuesday morning where they were given confidential medical details of the condition of the Duchess of Cambridge, leading to the apparent suicide of one of the nurses involved continues. The latest stage is that, as is normal practice when a death is involved is that the Metropolitan Police have notified the New South Wales police that they may wish to speak to the two DJ’s directly.

The vast majority of reaction online has been strongly negative towards the DJ’s, such that the two have effectively gone into hiding. There is also a fairly vociferous minority, defending the DJ’s and saying that this result was entirely unforeseen. Some like the British DJ Steve Penk, another DJ famous for his prank calls are struggling to understand why the hospital continues to blame the DJ’s, and that the hospital are lying about not disciplining her. Indeed I’ve even come across people in online discussions suggesting that Nurse Jacintha Saldanha must have been mentally ill to react as she did.

From my point of view I certainly agree that the Australian DJ’s couldn’t have foreseen what would happen. However I also think they were blinded by the excitement of what they had managed to do, and really weren’t considering the feelings of anybody else. Right up until news of the suicide broke, and despite their “sincere” apologies to the hospital and the Duchess they were continuing to heavily promote the call.

As to whether the hospital was putting undue pressure on the nurse, comments from friends and family of the nurse suggest not. Was she mentally ill? Again I don’t think so. It is worth remembering that firstly the nurse isn’t British – she was from India and is one of the many many nurses from abroad who come and work in our healthcare system. Reading some of the background she started working in an NHS hospital in Bristol, and four years ago got a job working for the exclusive King Edward VII hospital in London. Comments in the papers suggest she was immensely proud to have been given a job at such a prestigious hospital, and comments from the hospital after her death suggest she was an excellent and caring nurse. She was proud to be one of the nurses that looked after senior members of the Royal Family when they were sick. Now consider this, someone who is trained like every nurse to keep the confidentiality of patient information, immensely proud to be working for the Royal Family and is then tricked, allowing confidential medical details of the condition of the future Queen to be broadcast, more than that the people who did it repeatedly rebroadcast the trick proclaiming how easy it was to talk their way past you, and the poor woman was left in a mess. Not really any concern from Australia where the radio show was getting international publicity…

Whilst I feel a bit of sympathy for the DJ’s, it’s more that they have in a very brutal way, learnt that when you do these kinds of shows in the name of entertainment you’re dealing with real people and real lives, and they don’t always react well to it. There are very good reasons why in this country the regulations require written permission from the people featured before they are broadcast because it forces the radio stations to consider the victims of stunts like this before they are broadcast. In this case the radio station didn’t consider the two nurses at all as the international publicity flooded in, and now we have a dead nurse and family in mourning, two DJ’s who I suspect will have little career left after this, and indeed a radio station that may disappear as the advertisers are now deserting it in droves.

All of this for a cheap prank getting some medical details about the Duchess of Cambridge. Was it really worth it? 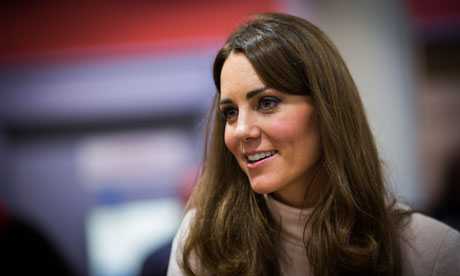 As the media shifted into overdrive on news of the Duke and Duchess of Cambridge expecting a baby – the Daily Mail devoted thirteen pages to the news this morning, and even BBC Berkshire ended up interviewing Kate’s parents local butcher about the news, the Guardian published a great top ten of stories they didn’t want to read about the pregnancy including speculation about the sex of the baby, suggestions for baby names, or an imaginative reconstruction of how Diana would take the news were she still alive.

Needless to say a number of the items on the list have already been published, quite a few by the Daily Mail…
Click here to view original list at www.guardian.co.uk 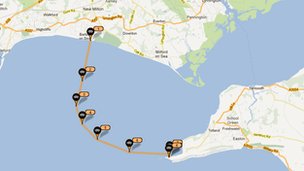 I came across Robin Lovelock through Geocaching – his place in the history of the hobby is secure for reasons I won’t go into here, but he popped up on the radio and TV news this last week talking about his bid to send an unmanned boat across the Atlantic. University and company groups are also trying and failing, but in classic style he is putting forward a one man bid against the big boys with a £450 boat. With the TV companies watching he launched the boat from Hampshire, the next stop being the Bahamas. Unfortunately it made landfall somewhat sooner than expected…

An unmanned boat has crashed into rocks off the Isle of Wight hours after it was launched in a bid to cross the Atlantic Ocean. Retired Nato scientist Robin Lovelock’s 5ft (1.5m) boat Snoopy Sloop set sail from the Hampshire coast on Tuesday. But its tracking system placed it […] 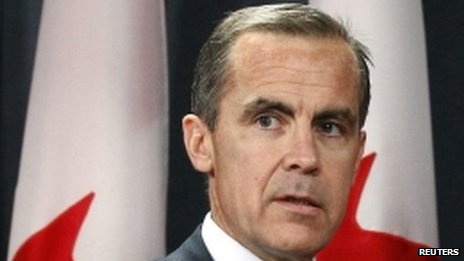 The Canadian economy and Canada’s banks weathered the great financial storm of 2007-08 in better shape than pretty much every other major developed economy, with the possible exception of Australia. Which is why George Osborne was very keen to recruit the governor of the Bank of Canada, Mark Carney, […]